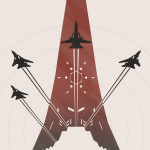 Privatejfx141 here - admin on the Command & Conquer Wiki and the World in Conflict Wiki.

Although it's probably a pipe dream at this point, I hope Ubisoft will let Massive work on a Ground Control III. I would like to see an interquel set during the First Stellar War, where we get to witness the fall of the Crayven Corporation and the Order of the New Dawn, and the rise of the Draconis Empire into the Empire of Terra.

Retrieved from "https://groundcontrol.fandom.com/wiki/User:Privatejfx141?oldid=6013"
Community content is available under CC-BY-SA unless otherwise noted.